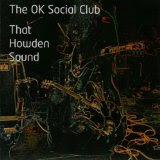 Now into their third EP, you’d think it would feel like business as usual for Edinburgh four-piece The OK Social Club. Named after their producer, Andy Howden, 'That Howden Sound'

is like being allowed a tiny breath before having your head thrust underwater at the deep end. The song is a Libertines-inspired track for people with a short attention span. The fast-paced guitars start and stop and the drums rush, with none of the sections lasting more than ten seconds before a change. The breaks in the song feel like moments where the runaway train has caught air, before it hits the ground again with a crash.

The hook of Little Broken Bones is a call and response between guitar licks and vocal punches over snare-rolls, with a very Strokes-y chorus melody. The bass rattles and oozes through its punky riff. The lyrics sing of a rose tinted look at school day antics. The joy in this song, though, is in the razor-edged, distortion-drenched “rock out” outro.

is mostly an acoustic song, with a “la la la” chorus and sweet harmonies, but near the end it bursts into a red-walling distortion session.

In only eight and a half minutes the EP is over, leaving the listener definitely wanting more. But with three differently presented songs held together by straightforward songwriting, The OK Social Club have avoided any unnecessary sections or redundant repetition. They have simply cut out every ounce of fat from the tracks, presumably to help them slip into their skinny jeans.

Myke Hall
Posted by edRock.net at 06:40 No comments: 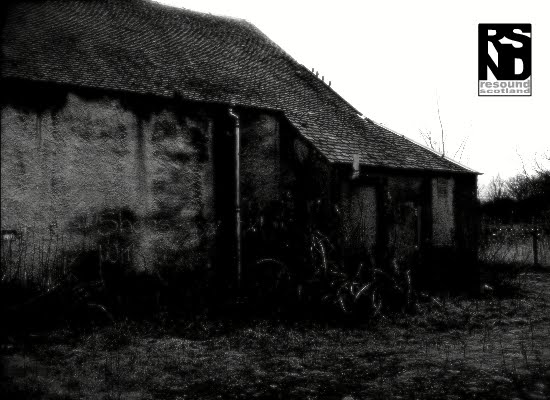 Occasional edRock.net writer Stewart McLachlan is launching a new music blog, Resound Scotland, boasting coverage of "real, honest artists playing all over Scotland, with an emphasis on unsigned and underground acts". To commemorate the blog's launch, Stewart's interview with Montrose garage-rock duo Ghosts of Progress will be split across the two websites. The first part is shown here, for the second part, you'll have to visit Resound Scotland.

I'm sitting with Ghosts Of Progress in the basement of Elvis Shakespeare on Leith Walk. It's a bookstore. They're about to play a gig in it. But for these guys it's just another gig- the Montrose-based duo have been relentlessly touring up and down Scotland for some time now, racking up an impressive touring schedule. Real rock n' roll bands work hard, and these guys are a real fucking rock n' roll band. Their brutal, blues-tinged sound is instantly recognizable- and don't start with that White Stripes shit. This music is real blues- it's gritty, loud, out of control and hard as nails, songs about whores and whiskey with none of your sugar-coated lyrical pish. But don't just take my word for it- see them live for yourself and you'll be a believer. Singer Lew Palgrave juggles his razor-sharp vocals with slide guitar and drumming (the guy plays a drum kit with his feet; it's as badass as it sounds), whilst Callum Christie adds guitar noise and some impressive riffing. They're a force to be reckoned with, and having recently signed to Belfast-based, respectably bullshit-free garage rock label Motor Sounds, the hard work's paid off and the future's looking pretty sweet.

First of all, congratulations on signing to Motor Sound. How did that even happen?

Lew: We played at a couple single launches they did last year with a band called The Bonnevilles (Ed note: cool band, worth checking out) who're signed to Motor Sound. They've just been in touch ever since, said when we're ready to put stuff out to give them a shout. So that's cool, costs a hell of a lot to properly release stuff, know what I mean? As opposed to just putting it out yourself. They specialize in the kind of music that works with us too, y'know.

Yeah, it's definitely the right label for yous.

Callum: It helps to get us to places we wouldn't have been able to get to ourselves, media-wise and that.

Lew: Aye, it's a good helping hand along the way. We're no gonna give up our day jobs or fuck all (laughs) but it helps to have that on your side, y'know?

Had you just done as much as you could by yourselves or were you waiting for a label that could handle your sound?

Lew: Not really, we're not the kind of band....I mean you get a lot of bands that are determined to make it, but I think we've always been determined *not* to make it in many ways... It's never really been about that, know what I mean? A lot of record labels just want the rights to everything; we were never really keen to do that. The agreement we had [with Motor Sound] had it right: any time in the agreement they could say "fuck off" to us, and we could say "fuck off" to them as well, which is fine. It's not something we went looking for, so to speak- but you know what it's like in a two-piece, you get paid two ways but your petrol costs and that split two ways as well...

Callum: And what we're doing is so different, we've been through a lot of crap to get here. Playing with the wrong bands, the wrong nights, the wrong venues, just trying to get a foot in the door...

Tell us a bit about your background, how G.O.P came together?

Lew: Uh, we were in a four-piece band years ago, but drummers and bassists don't fucking...they're either shite or unreliable, know what I mean? (laughs) It's hard to get a drummer that's reliable, they're a different kinda people from guitarists and whatnot. And nowadays with bassists as well, you get a lot of them that don't really play the bass, they just plug along on the top string...

Callum: We're from a small town so, there weren't many options kicking about eh. We went from a four-piece to a three-piece until person number three just took off. It hadn't been going too well until that point, then Lew decided to put the two drums together and it just became fun from there onward.

continued on Resound Scotland...
Posted by edRock.net at 03:45 No comments:

Talk To Our Management...

It seems lately that bands all over the shop are hooking up with aspiring industry professionals to be their managers. It’s beneficial for the unsigned band to get someone with experience and contacts involved who can help them push their career forward, and take some of the nasty admin off their hands. It’s beneficial for the new managers to get closer to the new music, and add band management to the list of skills on their CVs. edRock.net has taken a look at some of the recent announcements, and discussed the bands with their new managers.

“The initial plan had always been to try and put a record out with them, but as they had already been snapped up a new label called 'stand & wave', that idea was put to bed. It was actually just after seeing RM Hubbert play for the first time that I suggested to Boab [of CiW] that I could manage the band.”

“If I could use any of knowledge or contacts to help them out then I wanted to help them in any way that I could. I guess that I am taking a slight risk on my reputation by doing so, but I have that much conviction and belief in the guys that I am more than willing to take that risk.”

“After years of experience working with young bands throughout Scotland, I was approached by a band I had worked with on many occasions - Hold The Suspect - A young but talented quatro of electro prog rock to be their manager.”

“A lot of people say 'You don't need to like the band, to manage them' but this is far from the case. The satisfaction you get from helping a band make it in life is indescribable.”

“They can dovetail with a number of current "scenes" without ever being pigeonholed which, from a business perspective, is an extremely useful marketing tool.”
“When we started, if we had sat down and asked, "what can we offer a band", the answer would be very little, other than top quality rehearsal space of course! Now, we have 2 years experience working at the coalface of the local music scene and can use the insight, knowledge and contacts to develop the band and take them on to the next level and beyond.”

“When it became apparent that I was acquiring a number of their gigs for them, I approached them with the idea of making me their personal/general manger and since then we have worked together on a number of gigs and projects.”
“I see Juan Pablo as my little brothers and I want every success for them, and being their manager I try to do all I can to make that happen.” 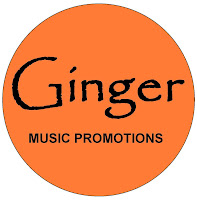 “I feel as though the band know where they want to go, which means that we get a collective idea as to what to do next for the band. I am also looking forward to recording the EP and being able to get our music out there with some great recordings.”

“I have known the band for over two years now, and due to that had a good understanding of their talents before I was asked to manage them... Their songs are very smart, the choruses on all of the songs stick in your head after you have listened to them, which is a great thing for picking up new fans.”
Posted by edRock.net at 04:54 No comments:

In My Defence - Vertis 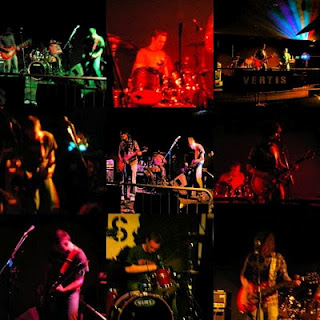 Vertis emerged in late 2008 and have been rising steadily since then, with an appearance on Scottish new music compilation A Sort of Homecoming

along with Dirty Modern Hero and Jakil last year, as well as an Edge festival performance. The Edinburgh/Fife-based trio list Biffy Clyro, Foo Fighters and Nirvana as influences, and that's pretty much the angle to come from when approaching their new EP In My Defence.

Opener See Through This sounds like Foos classic Everlong if it was played by Biffy, and sets the scene for the rest of the EP. Vocalist Alan Gilliland-Patterson's voice sounds distinctly like Simon Neil, with a tinge of Kurt Cobain; the same can be said of his band's music: grunge-infuenced progressions squeezed into off-kilter time signatures. The overall result sounds distinctly 90's, but has enough Scottish-accented quirks to project a contemporary feel. Without You takes these influences further, bringing to mind Puzzle-era Biffy, particularly Folding Stars. The setting is arguably more accessible than Biffy, however, with Vertis choosing a more steady rock ballad format for the tune, leaving hyperactive rhythms by the road and bringing in some Jimmy Page style, unashamedly rock n' roll guitar soloing. On the other hand, the next track, Injection, follows an aggressive introduction with a hushed verse, the classic grunge dynamic prevailing as the volume claws its way back for the chorus. The title track, In My Defence, displays traces of powerpop and Twin Atlantic-esque hooks, and you get the impression Vertis have some stadium-sized ambition behind them. Unlike the big-sounding tunes, the production is stripped-back and straightforward, sounding more like a live recording, and the EP overall hints at a passionate live band becoming comfortable with their sound.


Stewart McLachlan
Posted by edRock.net at 12:07 No comments: