Stirling's Notebooks first surfaced in 2010 and have been plugging away diligently since, on the back of a reassuringly back-to-basics model which seems to be working quite well for them. The Notebooks’ agenda is quite simple: gig mercilessly, sell t-shirts and CDs, play dark and heavy modern hardcore. And a year or so down the line, their work has culminated in their debut EP Merit/Privilege. The CD is sharply packaged and clocks in at just 17 minutes, concise in every way. Beginning with Network, featuring a sample from the film of the same name that quite neatly sums up the whole record, and blasting through five tracks of pure intensity. Merit/Privilege never lets up but never overstays its welcome, which is always a big plus.

The first "proper" song on the EP, Sorrow, serves as a nice introduction to the band's sound: a breathless rush of aggression that collapses into a brilliantly heavy groove with the furious roars of vocalist Chris Gregg unrelenting throughout. Gregg's vocals are one of Notebooks' strongest assets; they are devoid of the melodic-to-unmelodic shifts that are common in metalcore. While these shifts are not always a bad thing, staying away from this style prevents the songs on Merit/Privilege from ever falling into overly melodramatic, scene-orientated pitfalls. The songs on the EP play on the band's grasp of straight-up, deeply confrontational aggression. The structures are fairly simple and riff-driven, which does lead to structural and dynamic repetition at points. On the other hand, this allows the emotion of the songs to bleed through, putting emphasis on Gregg's passionate song writing and the sheer heaviness and darkness of the band's music. It's good to listen to a band that encroach on a scene that too often veers towards what's almost self-parody, yet emerge proudly brandishing their songs with their own sound and credibility firmly intact. The EP's highlights include the pummelling Four Walls and Being Human’s brutal, head banging intensity.

As a body of music, Merit/Privilege serves as an immaculate portrait of exactly why Notebooks are here. Whilst sounding very much like the work of a band still finding its feet, everything from its presentation to its songs indicate a young band who already have real depth and integrity in their grasp.


Stewart McLachlan
Posted by edRock.net at 11:02 No comments: 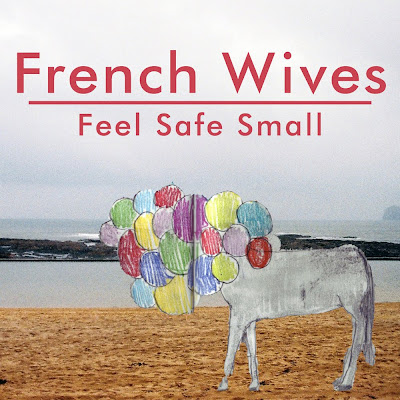 The Glasgow band kicks off the EP with Big Brave Boy

, an upbeat track containing clapping and a decent rhythm; the sound is a bit like being on holiday. The vocals may seem slightly irritating at points of this song, but fear not, it doesn’t last. Moving on to Purple Hell

, the vocals are a lot stronger and are reminiscent of an early Maxïmo Park. This poppy, summertime sound continues in Covered In Grace

, a tune that could be played at indie discos across the country.

The EP is saved from being trite indie pop by the final track. Wrapping up the record is a sweet, melodic ballad, Confidence

, the EP’s strongest track. The violin, harmonies and atmosphere show the band’s potential; the song seems to have more depth and originality than the others.

The EP overall is definitely worth a listen, but isn’t groundbreaking. The array of music instruments is enjoyable; however, the violin is sometimes too dominant, although this may be down to production.

Although the whole sound is a bit too much like what has been floating about the indie scene for the last few years, the band show promise overall.

Dani Rowley
Posted by edRock.net at 16:41 No comments: 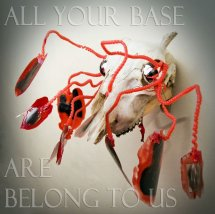 In a World Full of Madness, the Simple Joy of Melody Can Pull You Through - Delta Mainline 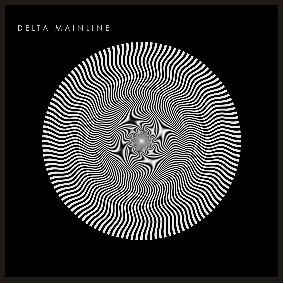 Delta Mainline do have a bit of an eclectic streak running through their psychedelic rock anthems. The seven-piece (yep, seven) seem to draw influence from sources as broad as Mississippi Blues and Britpop, and this is certainly celebrated on their wordily-titled EP ‘In a World Full of Madness, the Simple Joy of Melody Can Pull You Through’.

Here Comes The Light has a warm evening country glow despite its somewhat cold The Coral-esque lyrics and melody. As the sun sets, the song moves into slightly creepy discordant trumpet fights and blustering theremines.

Hope/Grace is a gentle boat ride down a river made of reverby guitars, ride cymbals and synthesiser, with just a hint of punk screaming escaping near the end. Sheltered Life is built like a straightforward The Eagles-style country rock guitar ballad, building up as the song goes on with guitar slides and choir backing vocals.

Holy Slow Train is a much darker sonic affair. The band play with tempos a bit in this tune, leading you clattering down distorted and echoey sonic corridors, taking you to a place where all the Lou Reed lovers like to explore, the world of noise, and at 7:14 it takes its sweet time. There’s also a background noise in there that sounds like the transporter from Star Trek: The Original Series.

Between their room-filling sound and the steady rock undertone behind their experimental brush strokes, Delta Mainline have written an E.P of songs that sound good in your record player, but could also entertain live. Surely that’s a goal achieved.