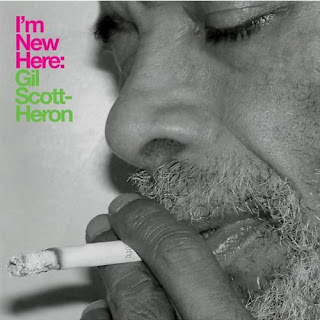 has lived a life many thug-posturing African-American artists can only write about. Establishing himself in the 70s as a formidable lyricist with poetic, political and hard-hitting soul, his later years were riddled with drugs, prison and HIV. His return to the spotlight came earlier this year with the critically acclaimed album I'm New Here

, a gorgeously sparse record with an unnerving, world-weary power in its songs. Unsurprisingly, when the Chicago-born legend stepped onto the stage of a packed HMV Picturehouse, he was met with an audience electric in its enthusiasm.

After introducing himself with a tongue-in-cheek speech about how Black History Month should be in May (because it's easier to say. Or at least that's what I understood), a confident, charismatic Scott-Heron sat at his keyboard and launched into a stunning solo rendition of 'Blue Collar

'. The restless, anticipating crowd was instantly silenced as Scott-Heron's voice cast the decades aside with its soulfulness. An equally arresting version of 'We Almost Lost Detroit

' followed, before the first member of Scott-Heron's band, keyboardist Kim Jordan, took to the stage for 'Work For Peace

"This is one of our favorite places in the world", Scott-Heron stopped to remark, to a roar of approval from his fans. The remainder of his stripped-down band (percussionist and harmonica) then emerged for a quirky version of 'Is That Jazz?

' with Scott-Heron taking to the front of the stage and encouraging the audience to dance and clap along, though they needed no such persuasion. Such an engaged, participatory atmosphere has long been a hallmark of Scott-Heron's live act, and the ambiance was infectious.

Following an ecstatic, albeit slightly bizarre, solo keyboard performance from the gifted Jordan, the band launched into the classic 'Pieces Of A Man

', a reminder that Gil Scott-Heron knows exactly when to bring the mood back down. Age has not withered the song's emotional impact in the slightest, and the audience response was rapturous. The band continued through 'Your Daddy Loves You

' and 'Three Miles Down

' before exiting the stage. In less than a minute, thunderous foot stamping and applause dragged them back. A euphoric, moving performance of 'The Bottle

' provided the night's dizzying climax, and the Picturehouse transformed into an almost spiritual mass of drunken singing and dancing. This is what makes Gil Scott-Heron such a unique figure in modern music: his songs and stories will teach you the horrors of the ghetto, but rather than batter his audience into depression he lets his concerts highlight music as a catalyst for unison and recovery. His audience at the Picturehouse were moved, and left with something positive at the end of the night. Scott-Heron's resurrection is without doubt one of the great comebacks of recent years, his message as essential as it ever was.


Stewart McLachlan
Posted by edRock.net at 04:57 No comments: With a background in hardcore punk music, it’s rather surprising that Frank Turner

’s (photo by Vikki McIntyre) solo career consists of acoustic songs, but these aren’t sit-down acoustic folk ballads; they’re stand up and sing-along acoustic belters. As his tall frame takes the stage as though climbing a victory podium, he’s flanked by a military snare-loving drum kit, embossing bass and supportive electric guitar players, who come and go at various parts of his set. Frank’s songs burst with life-affirming chants, witty rhyming couplets, and wry observations, aimed at the struggling artist that lounges in the heart of Britain’s pint drinking public. Frank is also a card-carrying political libertarian, and his songs resound with anti-Thatcher, anti-9-til-5 political themes.

His words ring with such personal truth that it isn’t hard to imagine that the majority of his predominantly male audience are also musicians and artists fighting to keep their heads above water in the entertainment business, and can sympathise with every pained word as Frank displays his bruises as proudly as war wounds.

Frank is the embodiment of the ‘try, try and try again’ attitude. Between songs he reminds the audience of his first Edinburgh gig at an empty Whistle Binkies (cheekily adding “I’m not having a go, although now that I mention it, where the hell were you all?”). His career as a failed punk screamer, and his spoken-from-the-heart lyrics, including lines about texting strangers to try to get an audience for his gigs, indicate that he really has fought an uphill battle to get to the point he is at today, but is glad to have taken the journey.

However, not all his songs reflect his career trajectory; songs like ‘Long Live The Queen

’ and ‘Father's Day’ retread the oft-walked paths of family and personal relationships. While very few of his songs are “love songs” of the clichéd variety, Frank is not above picking the guitar strings to tug on the heart strings.

Its is only when HMV Picturehouse staff make it clear Frank isn’t allowed back out, by turning up the Tannoy music and getting bouncers to usher out the crowd, that the audience finally gives up their cheering and leave the venue. Nevertheless, a lucky few are treated to a few more songs later that evening at the Vat and Fiddle next door.

Myke Hall
Posted by edRock.net at 08:31 No comments: 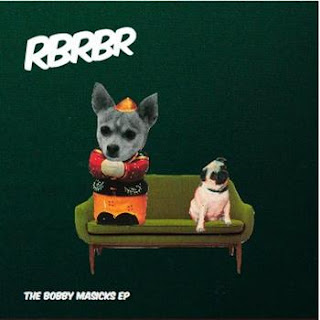 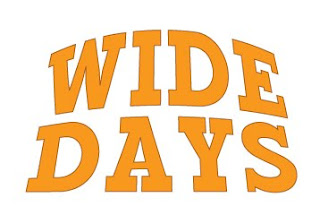 On April 8th 2010, Born To Be Wide is bringing you an entire day of seminars and band showcases, titled Wide Days.

Born To Be Wide is an Edinburgh-based music industry mixer that runs on the first Thursday of the month at The Voodoo Rooms, where musicians, promoters, press, and anyone involved in the music scene can get together, swap CDs and socialise. The night is hosted by Olaf Furniss and New Found Sound Promotions, is supported by the Musicians' Union and the Youth Music Initiative, and has been running since 2004.

Since April 2008 BTBW has also featured seminars for those interested, including Music Management and How To Get On The Radio. But the 8th of April sees an entire day of seminars. The programme is as follows:

an account of how two young Dundonians convinced the London record industry that they were rappers from California.

Following a double booking at their usual venue, The Voodoo Rooms, the Wide Days seminars will now take place a Shanghai Club on George Street. The evening programme, however, will take place at several live music venues:

Seminar Tickets are £30 (or £20 if you’re a member of the Musicians Union) and available at www.eventzi.com/borntobewide. The live performances however, are free! To obtain tickets for one of the shows, contact the band you’d like to see via Myspace.