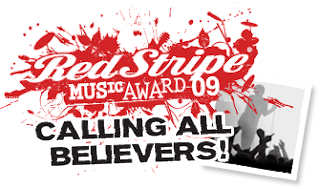 The winners of the Red Stripe Music Awards will get to play at The Great Escape festival and get a load of Fender equipment, so it’s not surprising some of Edinburgh’s finest bands signed up for the Edinburgh showcase. The evening starts with Carrie Mac, a singer/songwriter with an acoustic guitarist accompaniment. Carrie’s songs might start from folky roots, but grow into pop saplings with branches into funk and R&B. Her voice is unbelievably powerful and pitch perfect throughout. Let’s pray we can enjoy her raw performance for a while longer before the big record label bosses can turn her into an over-produced pop princess.

Pose Victorious prove the least innovative band of the evening. With their traditional five piece line-up, their Brit-pop inspired songs of laddish antics, equal parts Oasis, Stone Roses and Kasabian, are paths that have already been re-tread by every indie band around since the early 90s. Donning scarves and skinny jeans, their show may be stylish but lacks spirit.

Rather unusually, power trio Come On Gang's lead vocal comes from the girl behind the drum kit. Sarah’s voice is folksy, which is something of a juxtaposition next to the dance-tempo rock music the lads play. Guitarist Mikey plays chiming trebley riffs while bassist Trev plays a thick, slightly distorted bassline.

Strangest yet are funky, hippy-pop ensemble The Banana Sessions. Their lineup is made up of female vocals, acoustic guitar, flute, tuba, and brushed drums. Their songs include an ode to the favoured drink of neds (‘Buckfast Gets You ****ed Fast’), but their party piece is a 10 minute Prodigy medley, turning songs like ‘Out of Space’ and ‘Smack My ***** Up’ into psychedelic summer meadow romps.