The First - Her Royal Highness 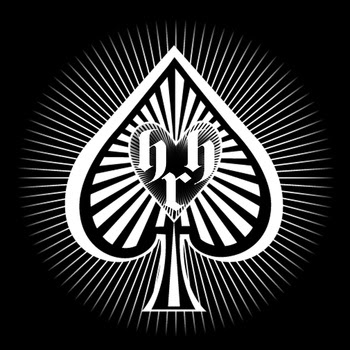 A first listen on PC speakers is not the way to hear this album. Get yourself a bassy set of cans and slap in a jack for some cyber-Thai punk rock beats dusted down with a sprinkle of Goldfrapp.

Opening track Canary gives you an indication of what you are in for. There’s a lot of styles going on here; think Adam Ant in a blender with some drum n’ bass thrown in and Blondie on steroids – that would be some party. No doubt this image alone would make you sing like a canary. After being audibly beaten with a very large stick, Her Royal Highness take you straight into another stomper: Cherry on Top. Bands don’t like to be compared to other artists, but this one just makes you think of Goldfrapp getting jiggy with Marilyn Manson, an image most of us don’t really want but oddly can’t turn away from. This is a stand-out track with some great bass lines going on and you can see this being a real crowd-pleaser at gigs.

Things slow down for You’ve Got Something and it’s got a nice variation of synth sounds going on; perfectly placed on the album to break up the pace from the first two tracks. It’s almost like a soundscape that you’d expect to find in Blade Runner... or a film about kitsch Thai robots trying to take over the world with their visceral pop sounds, whichever you prefer! Then we get to One Night in Berlin. It reminds me of the time I went to see the ‘Rhythm Drum and Dance’ show at the Fringe Festival last year. I went for the drum element but ended up being assaulted with the trashiest Euro-pop combined with disco lighting; it was like a timewarp! One Night in Berlin opens like a sequence from that show, so it seems that was HRH’s plan. They’ve certainly captured that Berlin feel but the lyrics weren’t really capturing anything more.

I’ll be honest, I was a little apprehensive about reviewing HRH; mainly because this doesn’t tend to be a genre that I know a great deal about but, having said that, I can feel the quality present on this album. It’s a brave step for most bands to want to do something different and break traditional band setups without a drummer in tow. It could well be the case that to fully experience HRH, you would need to see them live, which is true for most bands. I’d be interested in witnessing that event as I do believe that HRH have something to offer. The First has given a good introduction to the band and is a testament to the ever-increasing Edinburgh music scene. I look forward to seeing Her Royal Highness ripping up the dance floor in a venue soon.