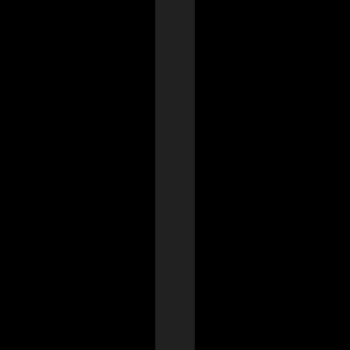 Two thirds of Black International are Edinburgh College Of Art graduates, and that's a good place to start when describing their sound. Their debut album In Debt has a stripped-back sound that displays heavy post-punk and art rock influences.

Opener A Million Mouths sets the tone for the rest of the album, with an extended build-up that ushers in 3 minutes of unrelenting, jaggy chords. This is followed by the pounding Destruct, which offers a satisfyingly cohesive extension of the same ideas, but with a different dynamic. It works better than A Million Mouths, sounding very reminiscent of a recent The Fall track at points, with a perfect instrumental section that comes together with a darkly catchy vocal hook from frontman Stewart Allen. This darker tone continues into Dread, which ebbs and flows and creates a real feeling of tension, before releasing into a passage that actually sounds quite like Arctic Monkeys, but in a good way.

These three strong tracks highlight one of In Debt's key strengths- rather than doing as Franz Ferdinand et al have done, and fashioning these influences into a more pop-orientated shade of post-punk, the record feels more akin to the gloomier, grittier sounds of Joy Division and Wire. The former's classic album 'Unknown Pleasures' in particular can be heard throughout, particularly in drummer Craig Peebles' frantic, hook-based approach to drumming. The album is produced in a pleasingly lo-fi fashion that suits the stripped-back instrumentation and songwriting.

However, this approach to writing music doesn't always translate terribly well into the format of an 11-track album. Indeed, at points In Debt feels like it is retreading the same ground, and would very probably have benefited from a more concise tracklisting. That said, one of the band's understated strong points, Stewart Allan's guitar work, helps add longevity to the record. His cyclic riffs and chords display some real musical depth at points, for instance on Know You Exist, which echoes Joy Division's 'Disorder', and Idle Worship, which is a late highlight.

Overall, In Debt is a satisfying debut album. Whilst it arguably gets tired midway when viewed as an overall piece of work, the individual tracks themselves are concisely written and energetic, and give the impression that Black International are well worth checking out as a live band.