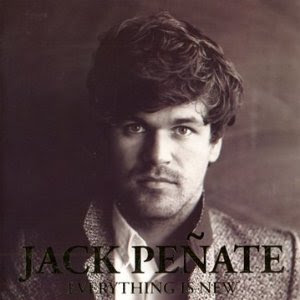 ’s music benefits from a pool of musical talent, all of them were session players until they gelled over the creation of what was to be singer/guitarist Dave Okumu’s solo album.

Tonight’s sound is far from that of a singer songwriter accompanied by bland backing drones – it’s a dense, well executed chunk of coolness. The rhythm section is funky, the technology (keyboard and laptop) is integral rather than ornamental and the guitar is almost apologetically virtuoso, used sparingly enough to get excitement out of the tired old instrument.

. It’s not the case though – the line up is rudimentary, no blips or bloops, just plenty of invention.

The first thing that strikes when Jack bounces onto the stage is that he is a happy man, “It’s nice to see humans again, I’ve been in the studio for about a year and I miss the human touch,” he beams and then proceeds to charm the Bongo Club in his own way (“you’re sweaty and grimy, not like Liverpool last night - I like it”) and giving brief backgrounds to his songs.

) and an earlier song, Give Yourself Away

. These two show that there is more to the man than annoying hats and Scouting for Girls-esque schmaltz - he’s actually got a knack for original melody and insightful lyrics – here’s hoping he can recover his reputation from the snobs and people give him a second look.