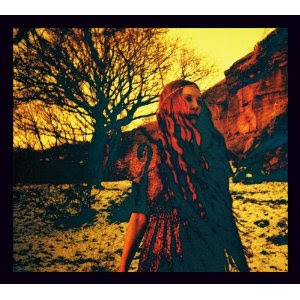 ’, is the soundtrack to a cartographer’s voyage of discovery into lands unknown. Lead singer Jayn Hanna’s delay-effected vocals float like a gentle breeze over the rolling hills of guitar riffs, glowing with chorus and reverb effects.

Ironically these modern digital sound enhancement technologies make the listener feel like they have been transported to the past. A smattering of snare brushings or bongo tapping provide the percussive backdrop, as the ambient guitar and misty vocals paint the foreground.

While the first three tracks, ‘Hope

’ are summer afternoon light-spirited tunes at various tempos, the album’s flow then takes a turn down a darker stream. ‘Dead Flame Rising

’ has an after-dark eeriness and ‘Stay In Silence

’ has a strong tribal potency.

’ loses its way somewhat, without enough of a stable refrain to return to, this prog rock song has lost the listener’s attention half way through. This attention is re-ensnared, though, as ‘Borderlines

’ slowly swells to a crescendo. ‘All Coming Back

’ represents probably the most commercially viable track on the album, which is still a far stretch from a typical pop song.

All–in-all, ‘Static Kingdom’ is a good representation of the dynamics that The Steals can achieve within their folk-ambient subgenre, but while the album has its high points, it fails to capture the hypnotic quality and sense of both guilt and serenity created by their previous release, the ‘Floodlights’ EP.
Posted by edRock.net at 15:30